A favourite from our innovative Brazilian partners at Daterra returns, with floral aromas and tropical fruit character.

We are excited to share a returning favourite from our friends at Daterra in Brazil. Daterra initially dubbed this innovative Semi-Carbonic Maceration Aramosa Jací, for the Brazilian goddess of the moon, whose tears were said to have fed the Amazon river. Aramosa is a cross between two species of coffee, the well known Arabica, and the incredibly rare Racemosa. Racemosa is a wild growing coffee species, native only to a small stretch of the East African coast around Mozambique. There are no known commercial plantations of Racemosa, as it has a very low yield and produces very small beans; about six Racemosa trees would produce the same as a single Arabica tree. However, the species is very hardy, having great disease and drought resistance, and importantly has a caffeine content of only 0.38%, compared to 1.2-1.8% in Arabica, meaning it qualifies as caffeine free.

It was technical qualities that led Daterra to create this cross between the two species, but what they found were wild and exciting cup characteristics, with floral aromatics and incredible sweetness alongside the low caffeine content. 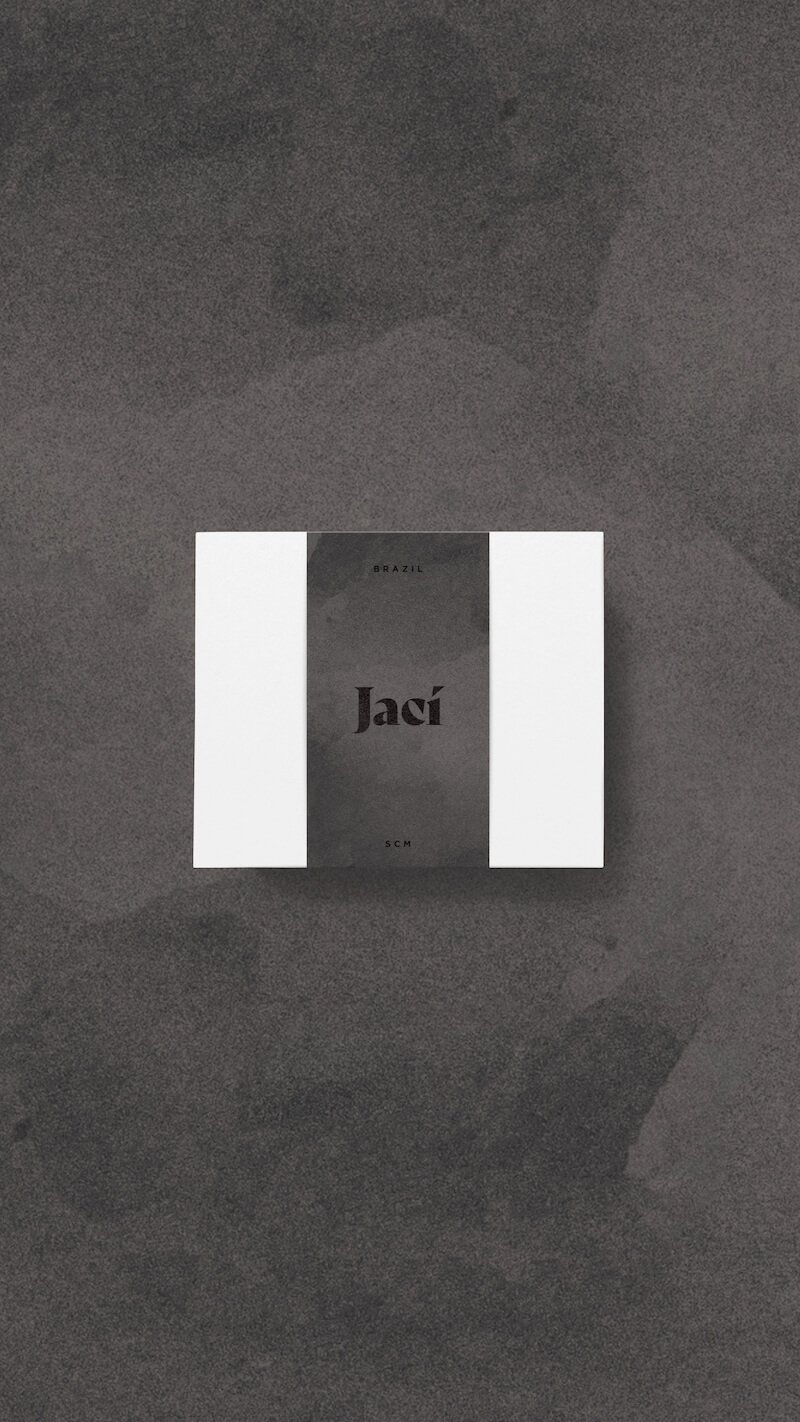 Daterra now grow a small plot of Aramosa, and have found it lends itself well to various processing methods, creating varying and exciting cups. This lot was processed using Daterra’s now familiar Semi-Carbonic Maceration process, where full cherries are placed into sealed stainless steel tanks equipped with one-way valves. This means that when the coffee starts to ferment and CO2 is produced, the lighter oxygen is pushed out from the top of the tank, creating an anaerobic environment. This leads to a dominant enzymatic and lacto-bacterial fermentation in place of a yeast-driven fermentation. This lactic character continues into the cup with a creamy, almost dairy-like feel. This is added to the sweetness and ripe fruit character from the Aramosa to give a rich and yoghurt-like tropical fruit character, while maintaining the floral aromatics.

The Carbonic Maceration process has been used in the wine industry for several decades, particularly in the Beaujolais region, producing fruit-driven, juicy structured wines in a very controlled manner. The application of this process in coffee is only a few years old, but has the same goals. Carbonic maceration is a complex process, requiring precise measurement and control of fermentation variables.

Cherries are sealed in tanks without access to oxygen for an extended period with constant monitoring and cataloging of PH, temperature, and CO2 levels. Ambient temperatures are also monitored and controlled to ensure linearity in the processing. After the required time inside the tanks, or when the required pH is reached, coffee is then removed and dried, most often on raised beds or in mechanical driers.