Produced by the Arcila Family

Each coffee in this pack has been fermented with a flavour addition, creating a very different expression than we are used to.

The mandarin and cinnamon lots are washed, creating a clear emphasis on the addition, while the passionfruit and mint lots have been processed using the honey method, creating a more subtle flavour adjunction.

These coffees were all grown by the Arcila family, just outside Armenia, in the Quindio region of Colombia. The mint and cinnamon lots were produced by one of the two brothers that founded Cofinet, Felipe Arcila, on his farm Jardines del Eden. We were able to visit Jardines del Eden on our trip in November, and were left in awe of its beauty. Perched high on the mountains above the village of Pijao, the cloud cover dropping into the valley below only added to the dramatic scenery on the day of our visit. This is Cofinet’s flagship farm, home to a myriad of exotic varietals such as SL28, Geisha and Java, alongside rare mutations we hadn’t yet seen, such as Striped Bourbon and Chilli Bourbon, a natural mutation of Bourbon with slightly spicy cherries.

The volcanic soils and high altitude here lead to excellent raw material, with strong terroir flavours, perfect to stand up to the strong flavours added later on during fermentation. The passionfruit and mandarin lots were grown by Felipe’s parents, Jairo Arcila and Luz Helena Salazar on their farm Finca Maracay. Here, the altitude is slightly lower, the farms lie slightly closer to the city of Armenia. Jairo and Luz Helena are slightly more traditional in their approach to agriculture, growing mainly the disease resistant hybrid Castillo, but their many years of experience mean that they also produce excellent quality raw material, but with a slightly lower intensity of primary terroir flavours. 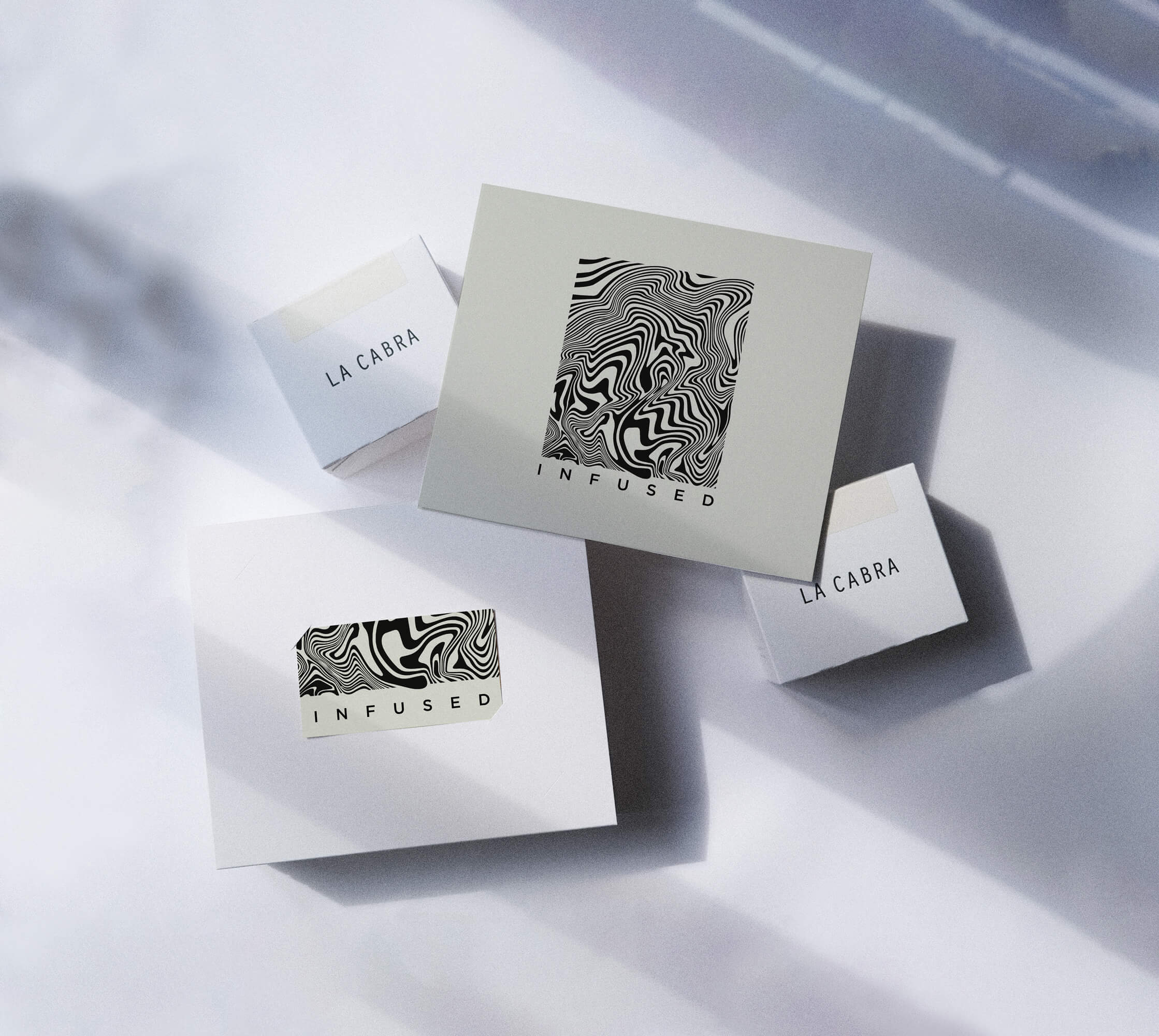 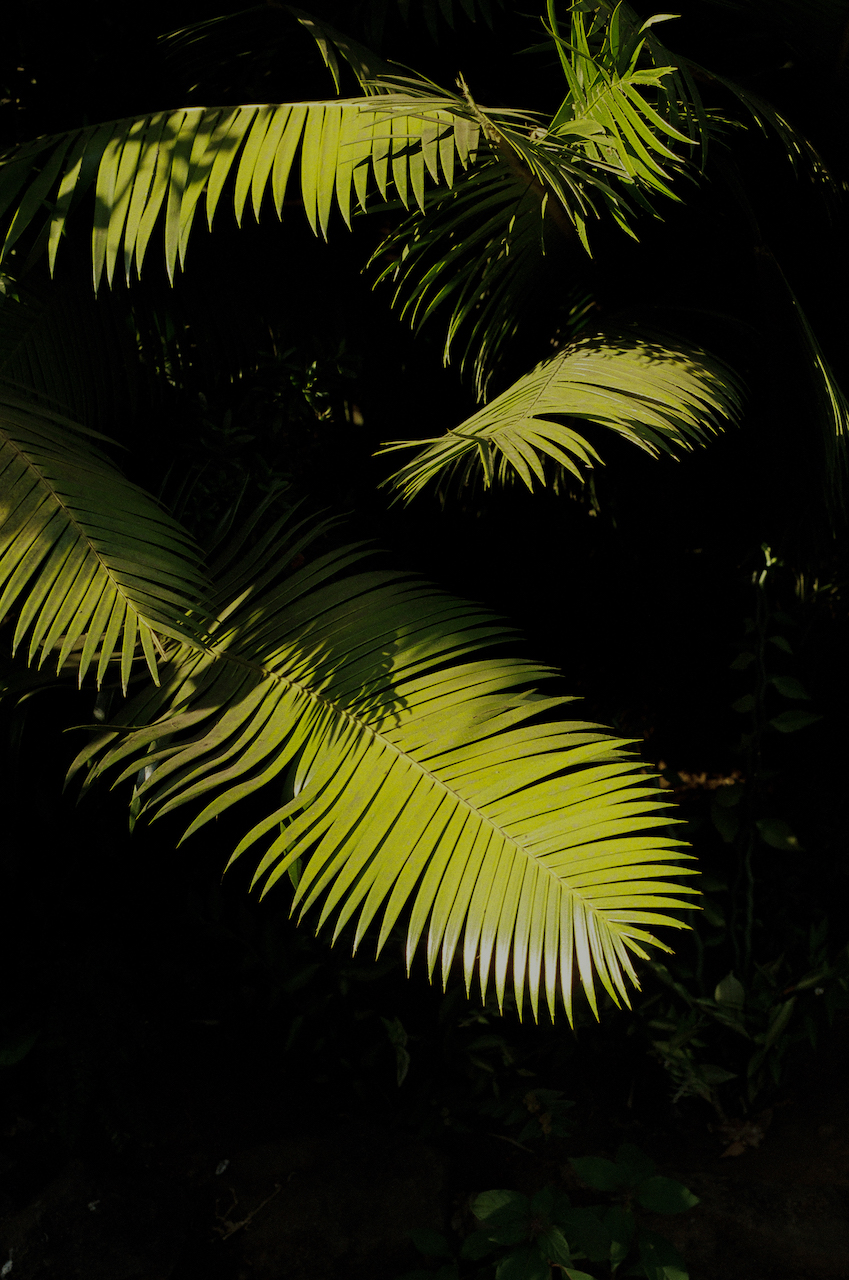 The processing, however, is really what sets these lots apart. In this pack we see two main processing philosophies; rather non traditional examples of both a washed and a honey process. For the ‘washed’ lots, the cinnamon and mandarin lots, the emphasis is firmly on the flavour addition. Here, the coffees are fermented for 48 hours under anaerobic conditions with the extra ingredient present, in this case cinnamon sticks, or dried mandarin skins. After this fermentation, the coffees are washed and dried slowly on raised beds. This creates a slightly cleaner profile, with a clearer focus in the cup on the cinnamon or mandarin flavour. The cinnamon lot, together with the malic acidity from the Caturra raw material, is reminiscent of an apple pie, while the mandarin lot has an enhanced citric acidity, and a clear and fresh aroma of mandarin zest.

The two ‘honey’ lots are fermented under similar anaerobic conditions with the additions present, in this case dried mint leaves or dried passionfruit pulp, but this time for 72 hours. The coffees are then de-pulped and dried directly on raised beds, with mucilage still attached. This creates a different expression, with the focus shared between a more typical ‘process-heavy’ character, and the flavour addition itself. Here, the mint presents itself as a more subtle sweet, green and herbal character, while the fresh tropical fruit character in the passionfruit lot is emphasised. 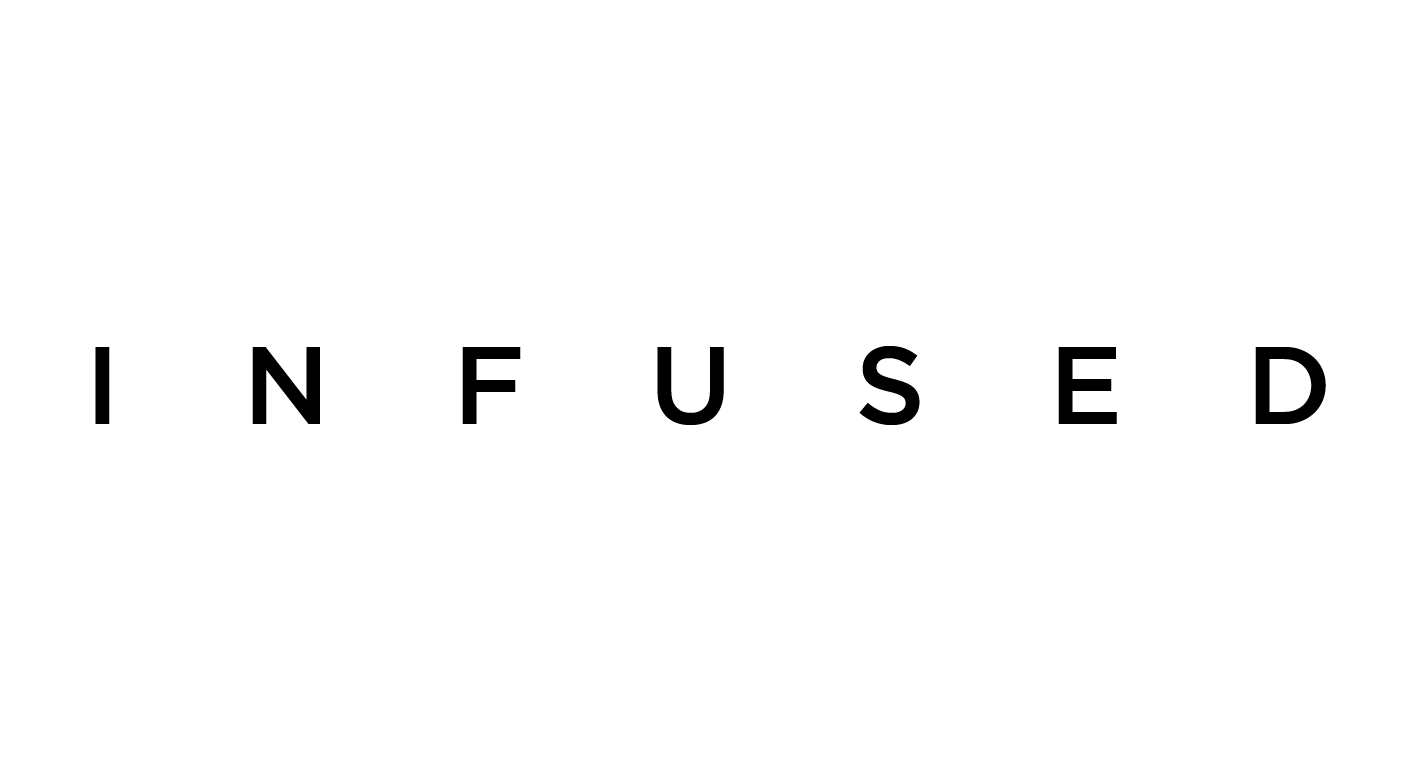 The washed process places the emphasis clearly on the cinnamon addition, which together with the raw coffee’s malic acidity, is reminiscent of apple pie. 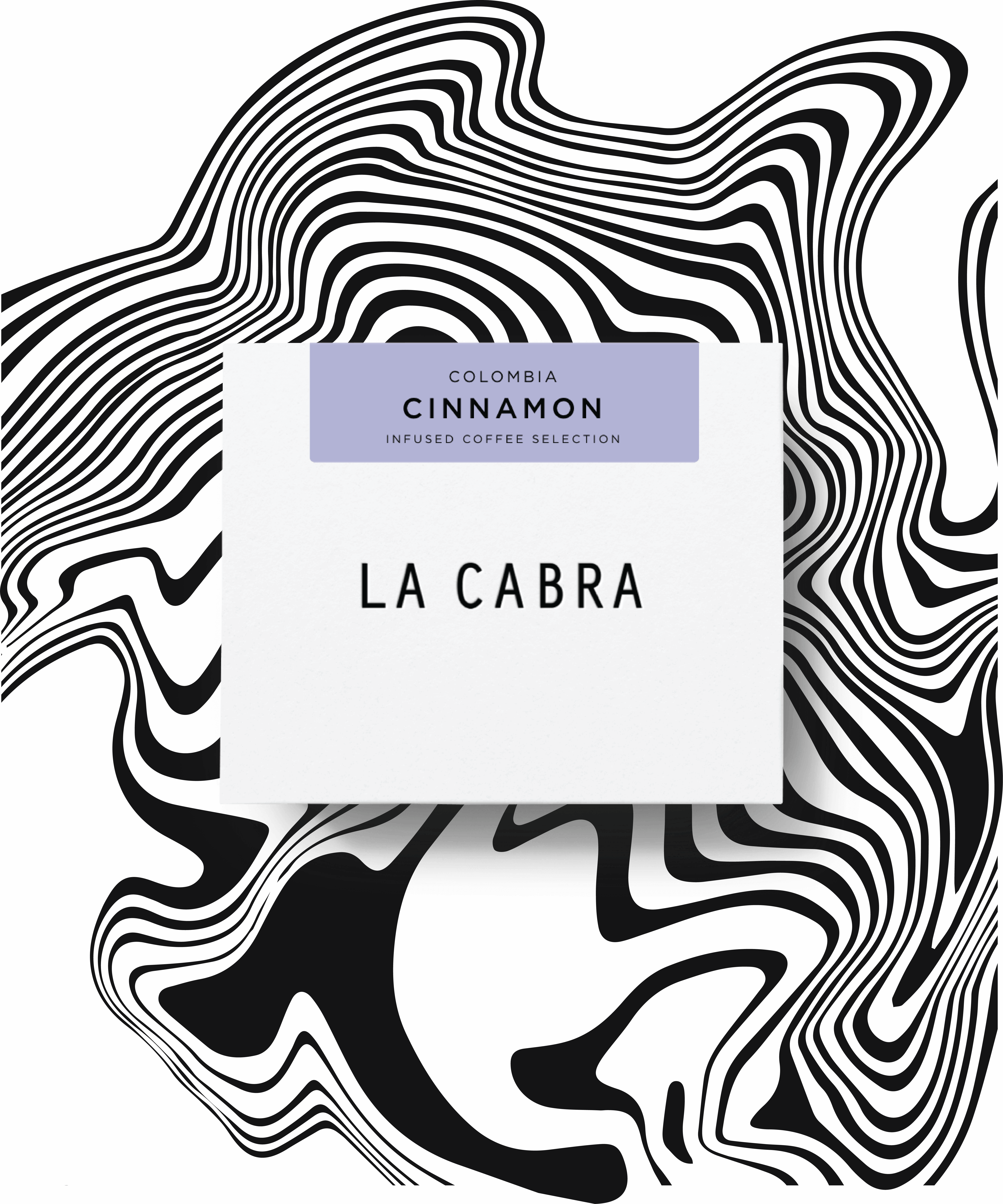 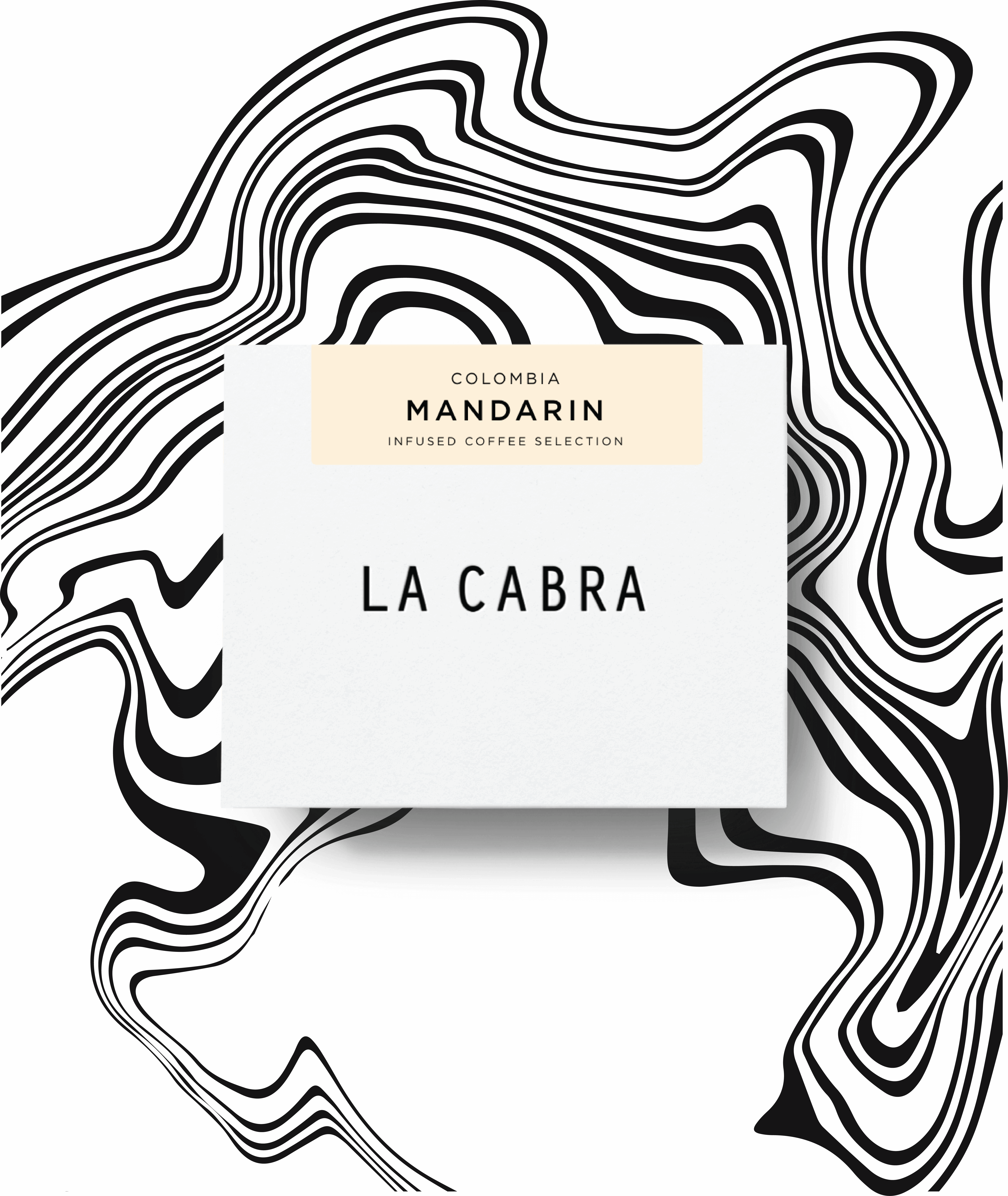 The emphasis is clearly on the addition of mandarin here, with the washed process allowing the citric acidity and mandarin peel aromas to shine.

The rich and heavy process flavours are punctuated by the tropical aromas of Pink Bourbon, and the subtle green herbals from the mint addition. 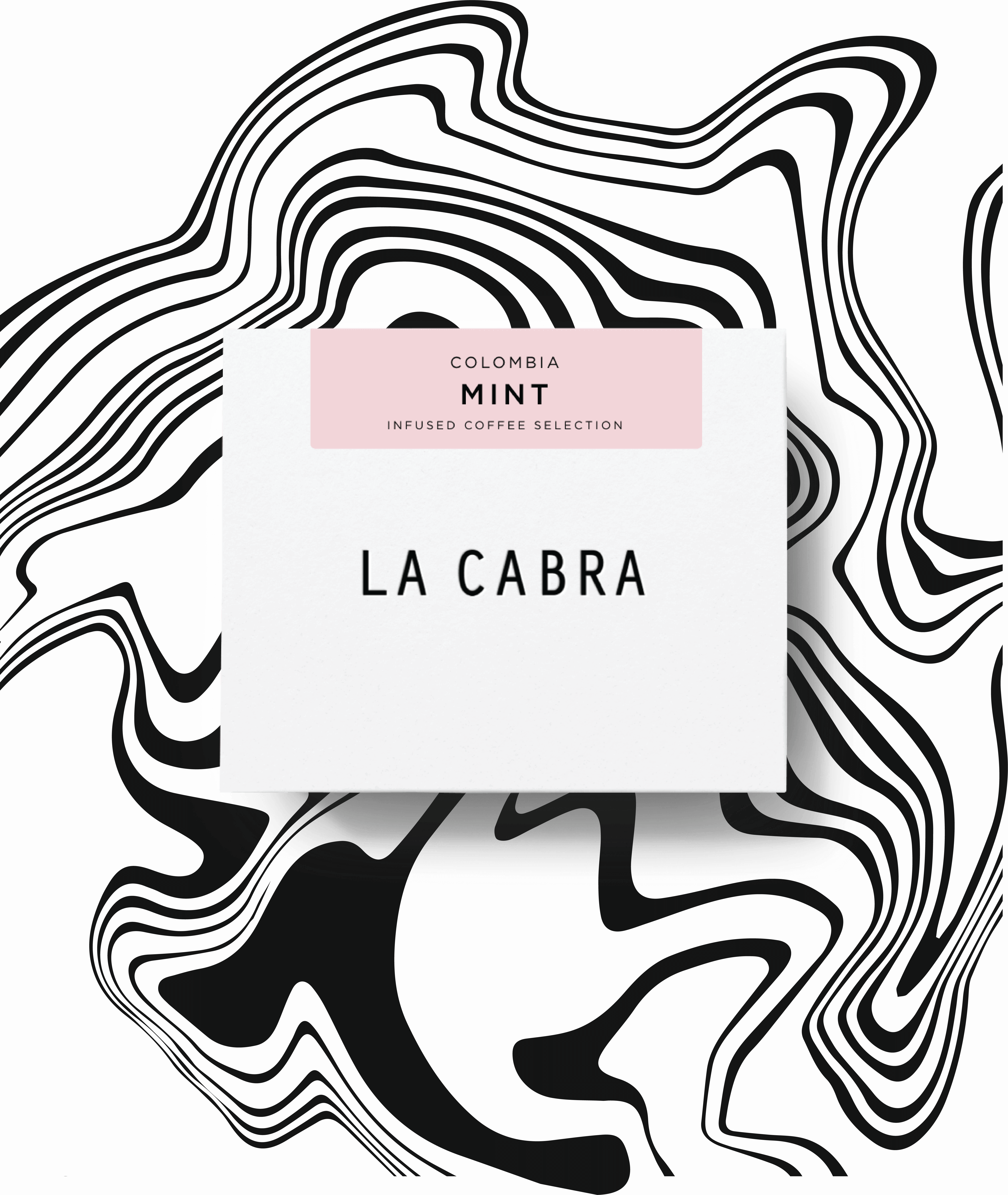 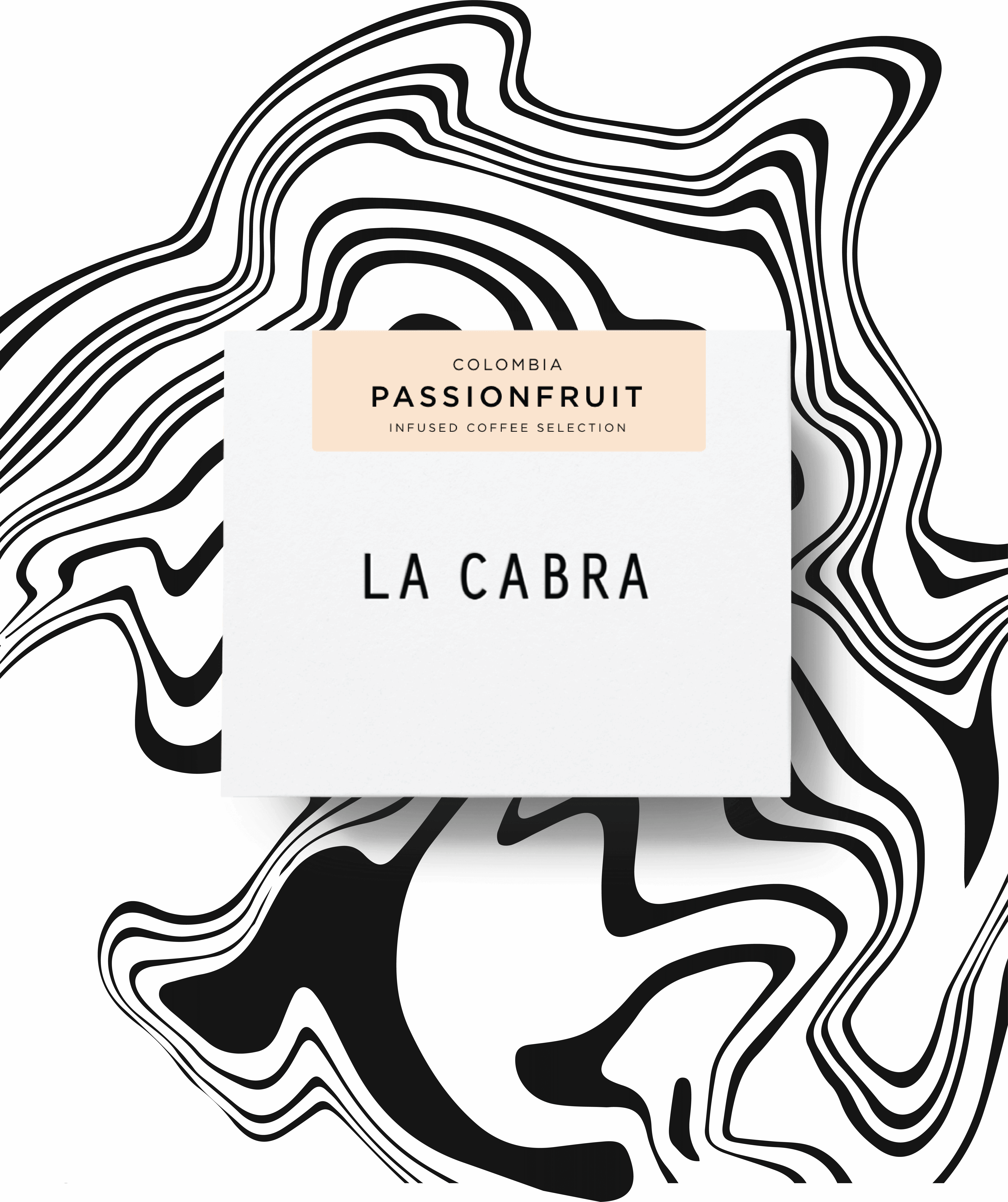 Heavy process-driven flavours of dried fruit and cocoa are lifted by fresh tropical fruit aromas from the passionfruit addition.

At La Cabra we have always felt a commitment to take you with us on our journey in sourcing the finest coffees each season. This box focusses on a topic which has created a great deal of debate within the industry over the past couple of years. During our trip to Colombia in November 2021, we visited the team at Cofinet just outside Armenia, one of the old ‘Coffee Triangle’ cities; the historical heart of Colombia’s coffee production. Cofinet have been one of the pioneers behind the production of high quality ‘infused’ coffees in Colombia, adding extra ingredients to coffee fermentations in order to influence flavour, both directly and through the added cultures of bacteria, yeast and fuel for the fermentation.

This pack presents four such coffees, with added mint, passionfruit, mandarin and cinnamon respectively. We were impressed by the integration of the added flavours during blind cupping on our trip, in fact in some cases, we were not able to tell that an extra ingredient had been used. Some of the additions are much clearer, while others are more subtle in what they add to the final cup. This is a topic that will continue to be debated within coffee for some time, of course some primary terroir flavours are somewhat hidden by the addition of extra flavouring agents, but we feel that these lots have been produced with greater skill and subtlety than those we have previously tasted. Whether we purchase lots like these again remains to be seen, but for now, we have purchased these four very small lots in order to bring a small group of you into the discussion about infused coffees, one we hope to continue both internally and externally in the coming weeks. 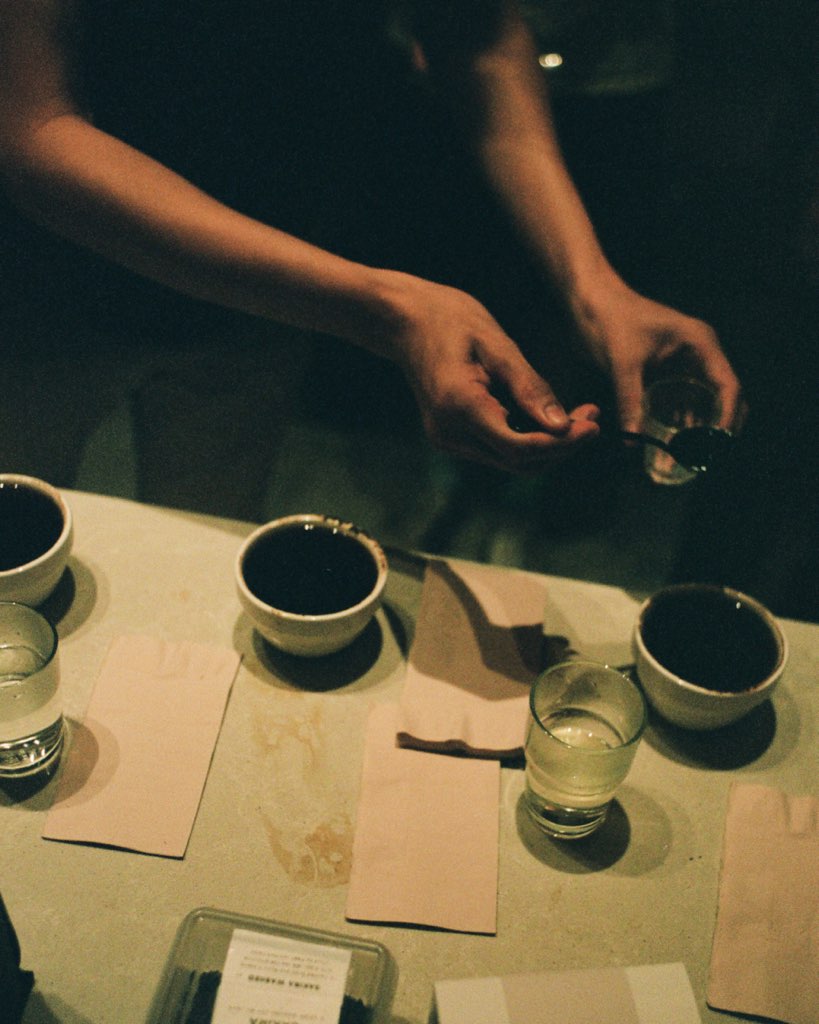