This naturally processed Pacamara brings an extra dimension of ripe fruit to the cup, with rich stewed berries joining the fresh and floral character of the varietal

This is our fourth year buying coffee from Jorge Raul Rivera. Raul is a second generation coffee producer, based just outside the town of La Palma, in the far north-west of El Salvador, close to the border with Honduras. His farm, Finca Santa Rosa, is located not far from La Palma, at around 1550 masl on the slopes of El Pital, El Salvador’s highest point. The farm is planted mainly with the famed Salvadoran varietal Pacamara, and has produced some of the country’s highest quality and most innovative coffees in recent years. 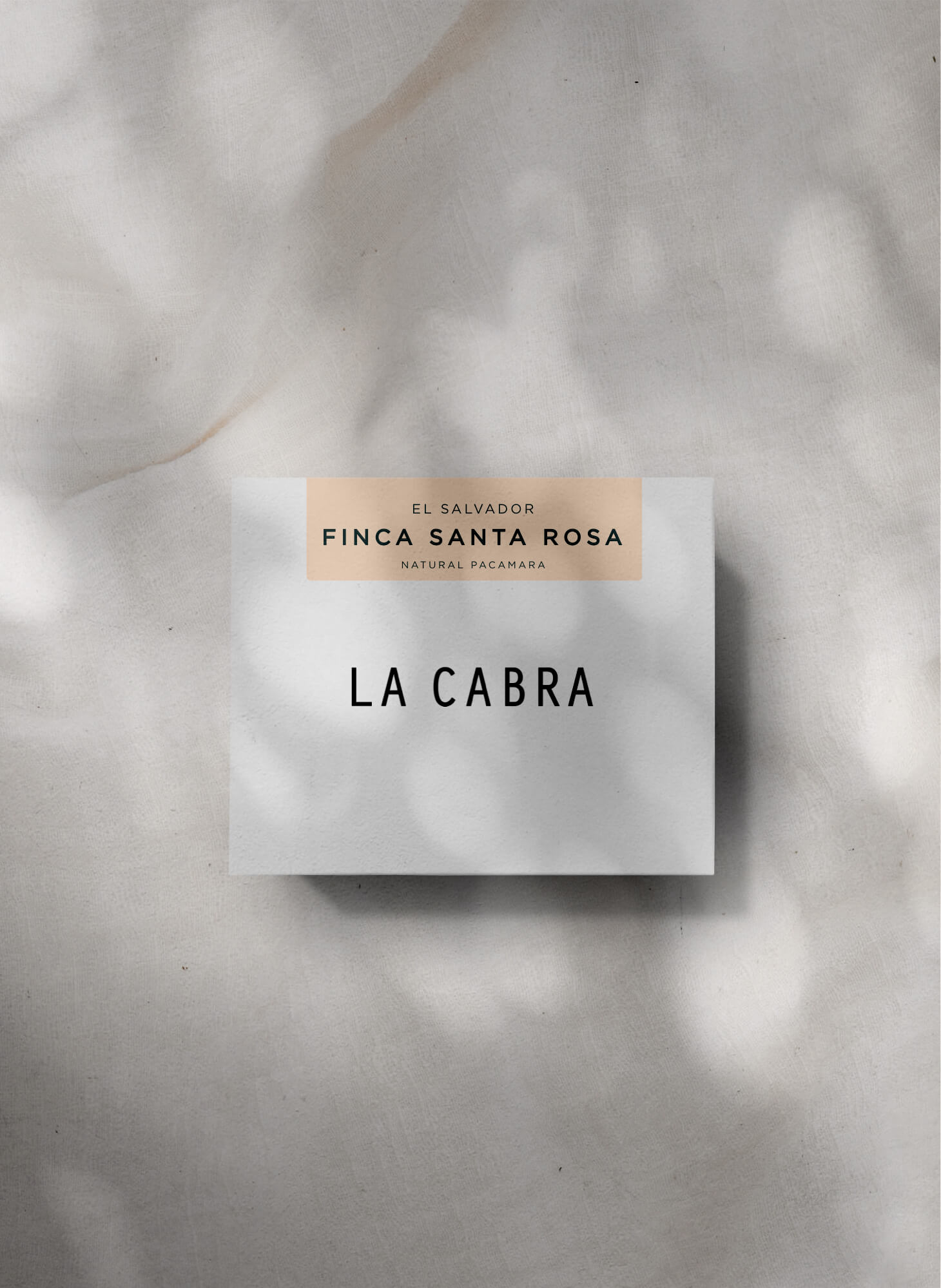 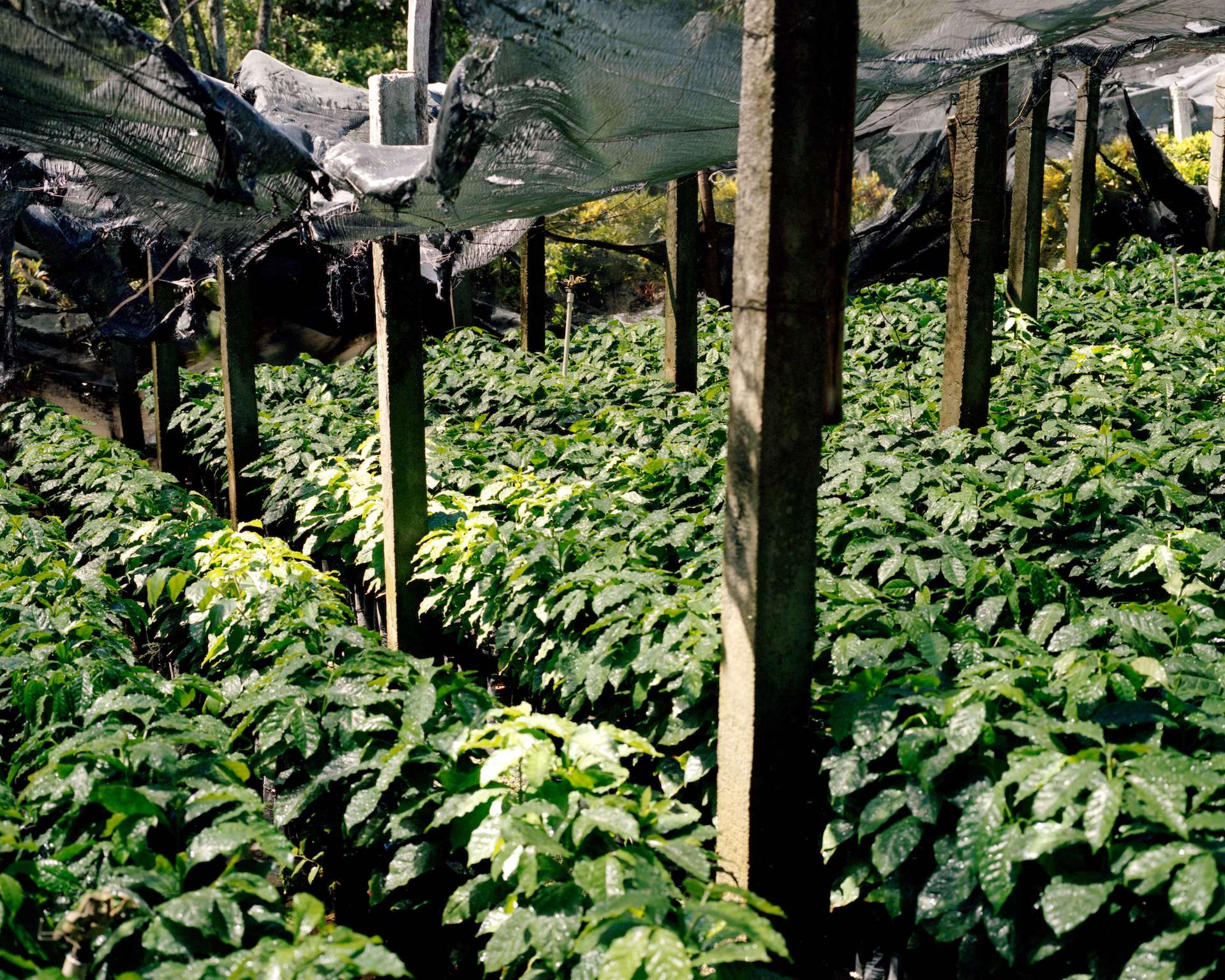 Three-time Cup of Excellence winning farm, most recently in 2019

Jorge Raul Rivera Sr. began growing coffee, mainly of low quality, in the region around La Palma in 1979. This was the very beginning of El Salvador’s brutal civil war, so many were abandoning their land, selling cheap and fleeing into neighbouring Honduras. Raul Sr. capitalised on this, bought some plots cheaply and began to grow coffee. He was one of the first to grow coffee in the area, and one of the few that stayed during the war. As El Salvador began to settle again after the war, the Riveras bought the land that would become Finca Santa Rosa, and began to grow timber, due to government subsidies aiming to help the post-war rebuilding effort.

We visited the farm most recently in March last year, and this is the fourth time we have purchased coffee from Raul

The Cup of Excellence

Years of work have resulted in three overall wins, in 2014, 2017 and 2019, all with their honey-processed Pacamara. The pine from the old timber plantations has been retained as shade for the coffee, always reminding us of a Danish pine forest during our visits. Visiting Raul is always a treat, he’s a genuinely passionate and professional coffee producer who’s enthusiasm is rather infectious, in fact it’s sometimes difficult to leave Finca Santa Rosa, as Raul is always keen to share his knowledge and experience. The pride he takes in every single detail of the farm and step of the process is obvious, and this translates into the incredibly high quality lots of coffee he is able to produce. During our most recent visit in March 2020, we were also able to visit Raul’s small cupping lab in San Salvador and taste some of the truly special lots he was considering entering into the Cup of Excellence.

This naturally processed Pacamara brings an extra dimension of ripe fruit to the cup compared to the honey version, with rich stewed berries joining the fresh and floral character of the varietal. 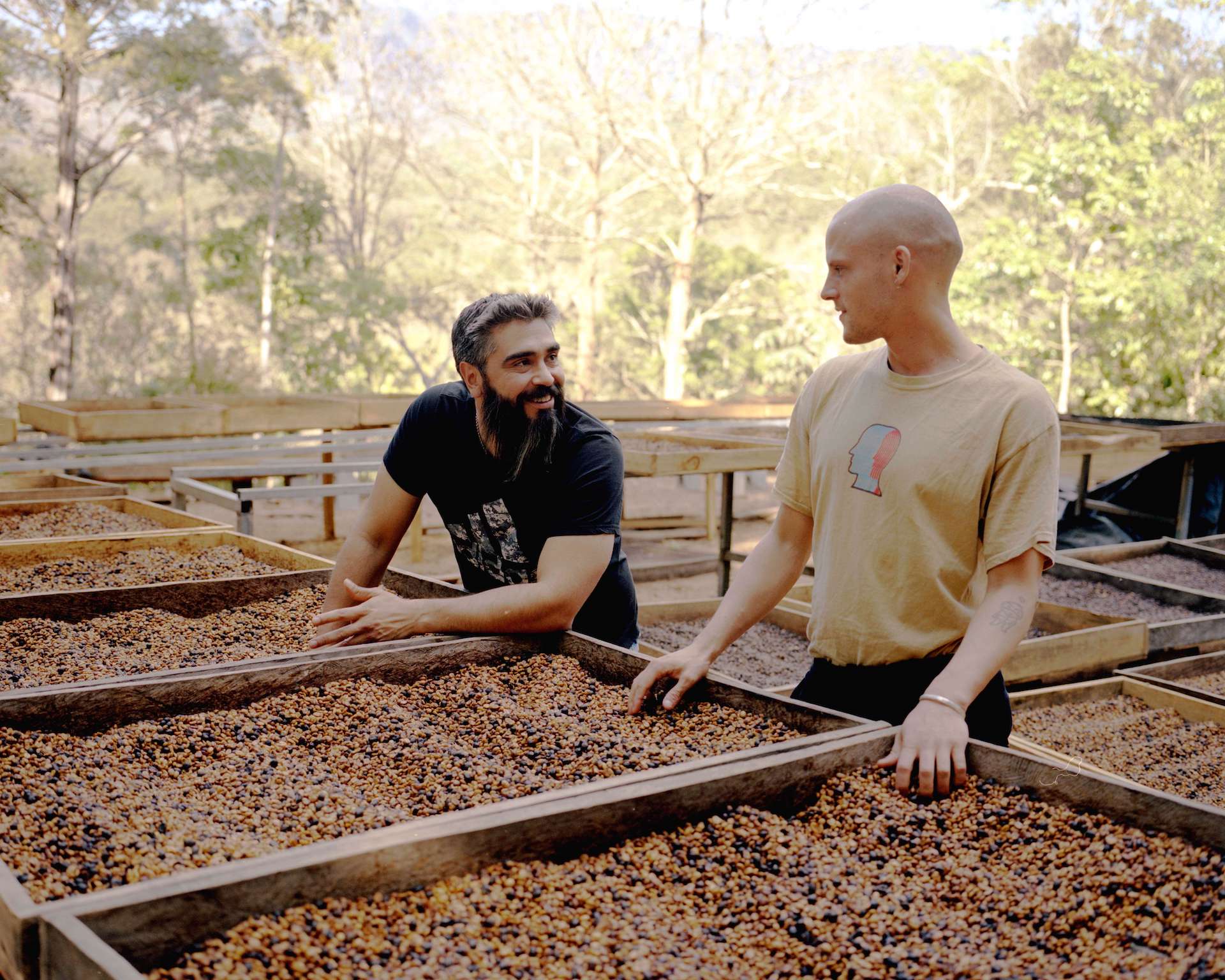