As we discussed last month, Huila has become a very highly prized coffee region over the past decade. This month’s coffees are great examples of this, with two very different expressions of the Pink Bourbon varietal in Huila, by Norbey Quimbayo and Linarco Rodriguez, joined by a lot from Wilmar Matoma. Wilmar actually grows coffee just across the border in Tolima, near the town of Gaitania. Gaitania lies close to Planadas, a major coffee centre for the south of Tolima. All of the elements that lead to excellent coffee in Huila are also present here; the high altitude, fertile volcanic soils and agile small farms. 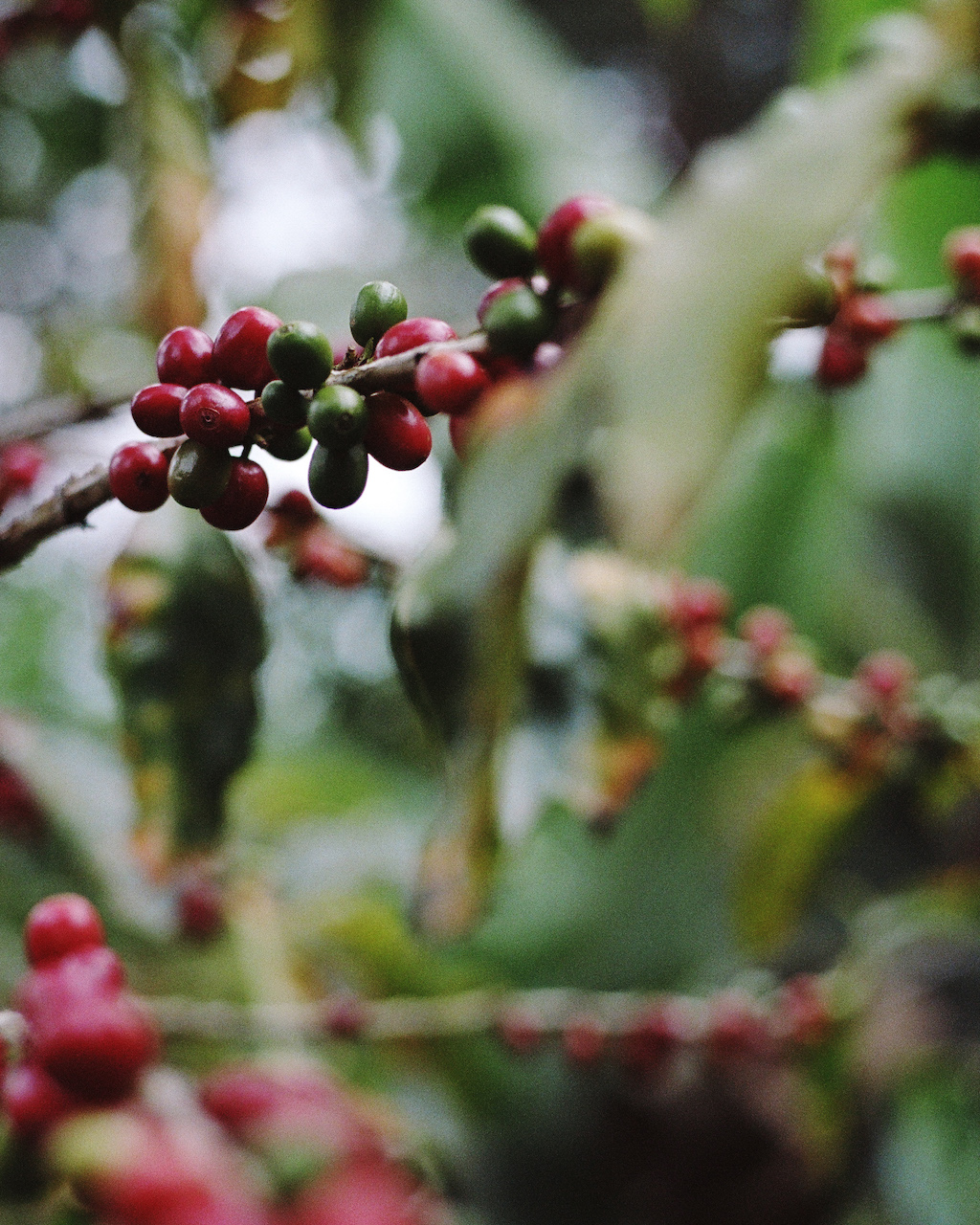 This month’s coffees have all been produced in collaboration with a producer and exporter based further to the north in Armenia. Cofinet was started by brothers Felipe and Carlos Arcila, who grew up on their parents’ coffee farm not far from Armenia. Both were living in Australia, experiencing the coffee culture of Sydney, when they came up with the idea for Cofinet. Initially importing coffees from across Colombia, Felipe quickly moved home to Colombia to share his experience of the coffee market with his parents on the farm. It was at this point that Cofinet began to expand in Colombia, innovating in high-end coffees and sharing what they learned with neighbours, slowly expanding their offering to high end roasters across the world. Alongside rare and exotic varietals, Cofinet experiment heavily with processing, from clean expressions all the way to fruit-forward infused lots.

"Continuing from last month’s subscription, we are sharing two very different expressions of the Pink Bourbon varietal, alongside an innovatively fermented Caturra."

As we have seen over the past couple of subscription packs, Huila is an incredibly exciting region for speciality coffee. The effect of the past few years of intensive work by producers and coffee buyers has spilled over into neighbouring parts of Tolima, uncovering the work of excellent producers like Wilmar Matoma. The continuing innovation also leads to ever changing expressions, using processing to shape the character of exotic varietals of Pink Bourbon, like in this month’s lots from Norbey Quimbayo and Linarco Rodriguez. All of these effects lead consistently to some of the finest and most varied expressions we see in Colombia, and this month’s coffees are a great example. We hope you enjoy all three this month. 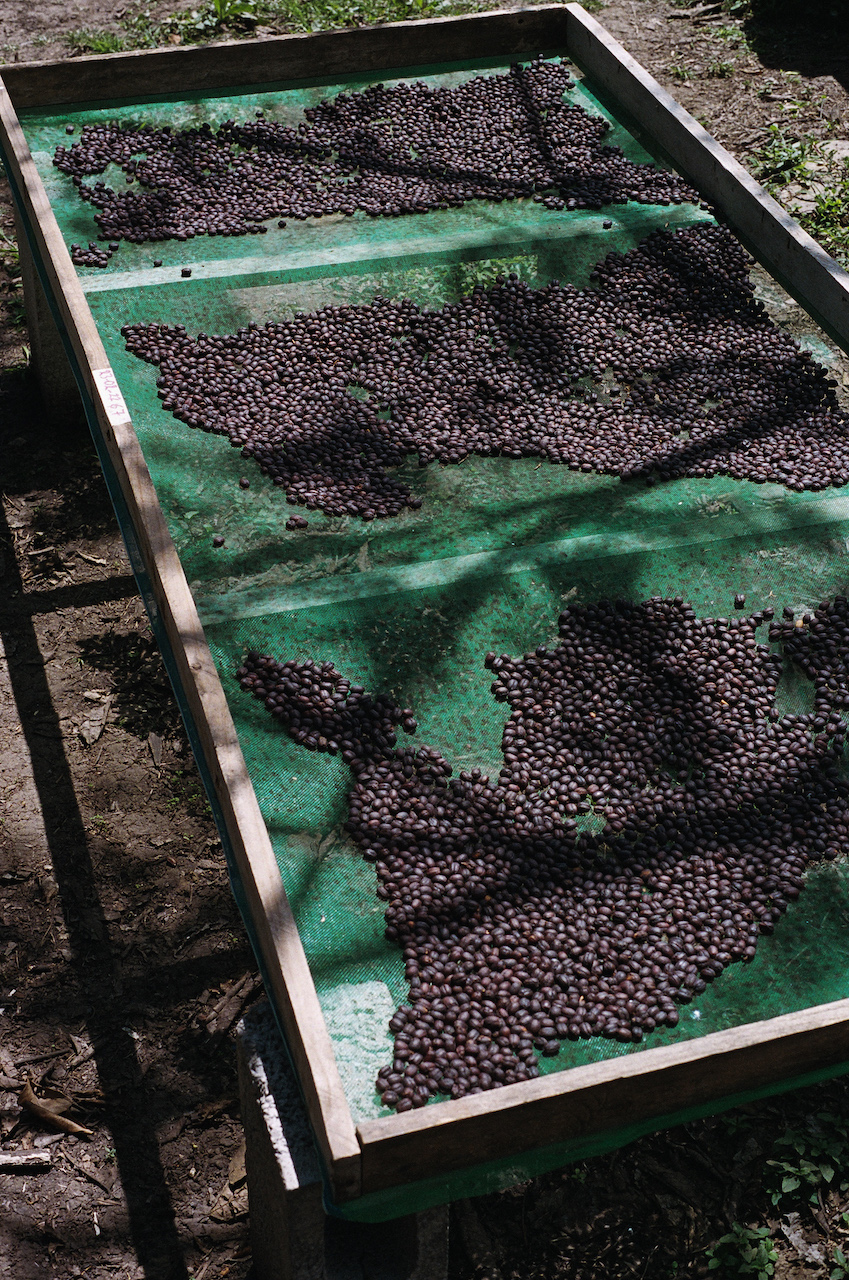 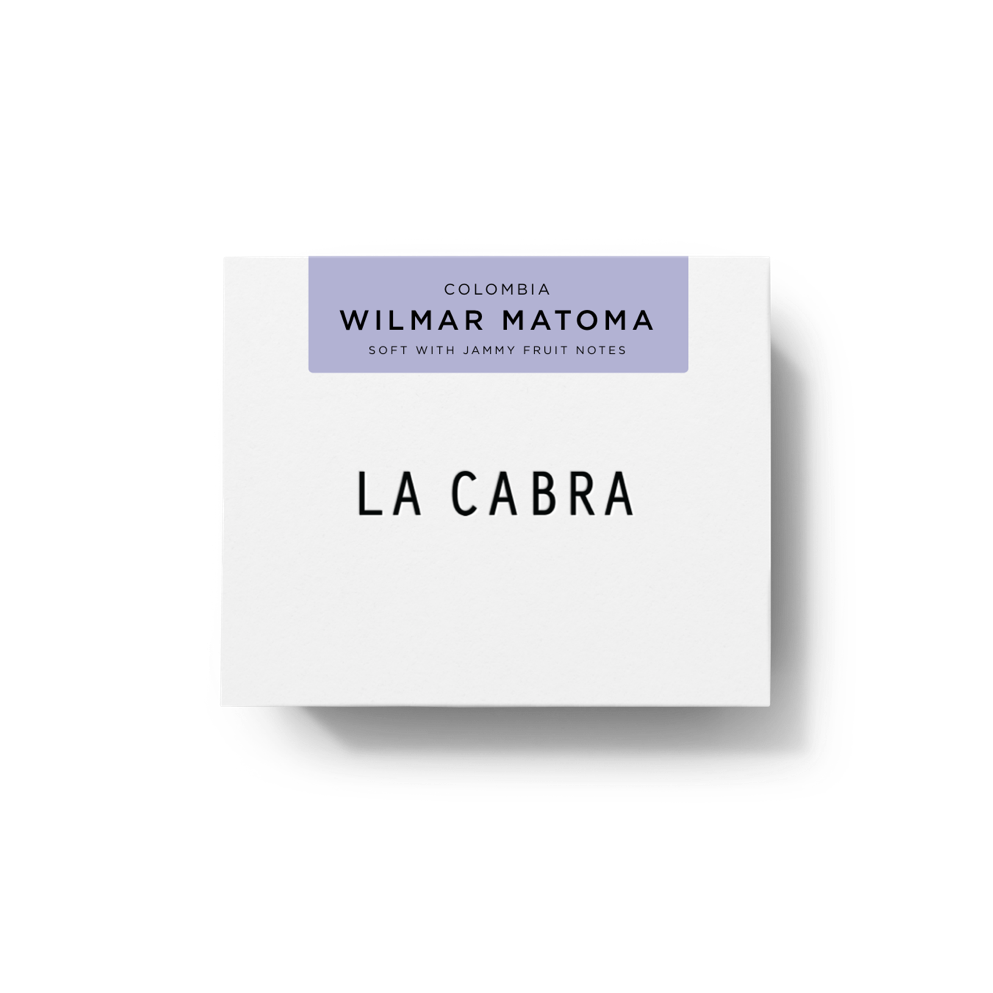 Wilmar grows mainly traditional varietals like Caturra, and subscribes to more traditional farming methods, using shade trees and intercropping with food crops, not only to create more biodiversity, but to shield himself and his family from coffee price volatility through a secondary income stream.

The processing of this lot, developed alongside Cofinet, is anything but traditional. The process-forward, yet clean and integrated expression created here is testament to Wilmar’s work in the field, and to Cofinet’s expert fermentation advice. To achieve this, cherries are fermented for 40 hours in sealed plastic tanks, before drying on raised beds. The oxygen-free pre-fermentation means that a great deal of the fermentable sugars are consumed before the cherries go to the drying beds, allowing a much greater deal of control over the cup profile, here presented as creamy milk chocolate and soft jammy blueberry notes. 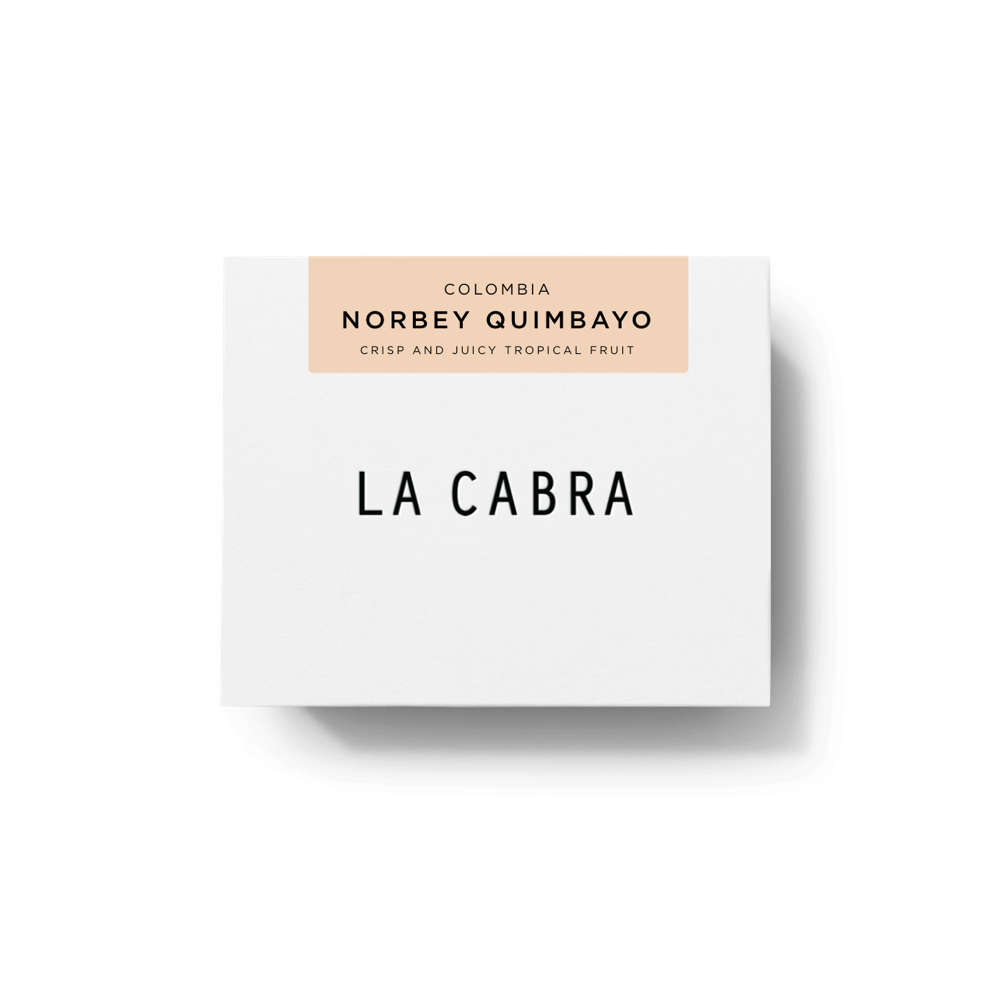 Norbey inherited his farm La Esmeralda from his father nearly 30 years ago, and initially made a good living producing commodity coffee. After the coffee price crisis of the early 2000’s, Norbey was made aware of the volatility of the coffee market, and set about researching the speciality sector in order to stabilise and increase his income. During this time he was also made aware of exotic varietals like Pink Bourbon, which require more care but can fetch much higher prices due to their exceptional quality potential.

Nowadays, Norbey works primarily with Cofinet to sell his coffee. They have collaboratively developed processing methods for Norbey’s coffees, including this heavily pre-fermented washed protocol. First, ripe Pink Bourbon cherries are carefully sorted, and floated to remove low density and defective fruit. The cherries are then fermented in open tanks for 24 hours, before being sealed in plastic bags with no access to oxygen for 90 hours. During the second fermentation, the temperature is controlled so that the fermentation mass doesn’t exceed 22°C. Finally, the cherries are depulped, washed and dried on raised beds.

This method creates a very clean and crisp expression, still focussing on the characteristics of the raw material, but enhancing the juicy tropical fruit notes we often find in Pink Bourbon. 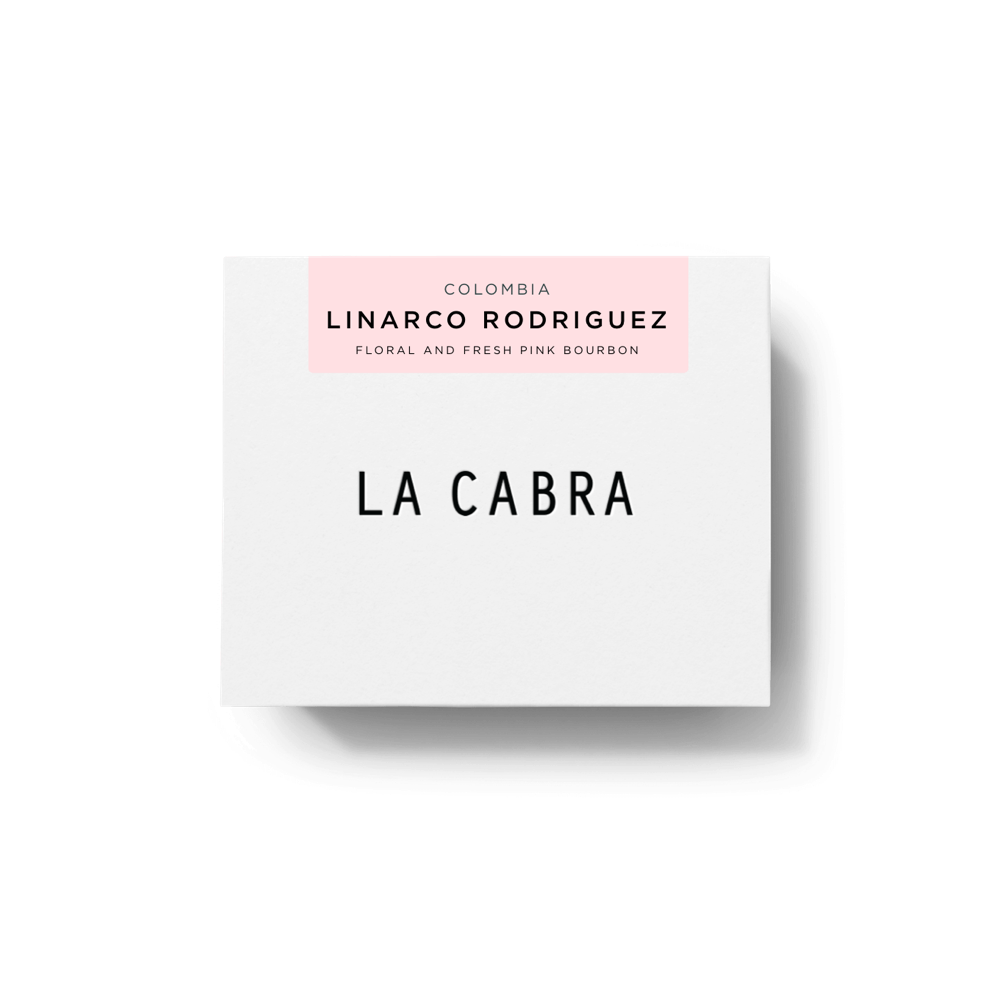 Linarco Rodriguez grows coffee near the town of Palestina in southern Huila, one of the most renowned growing regions in Colombia. Huila is home to number of driven and agile small farmers, many of whom have family history in coffee, but haven’t been working on the same large industrialised farms for generations, like we see in more established coffee regions. This leads to a willingness to experiment, to innovate, and create lots that fulfil ever changing needs in the speciality coffee market. One example of this is Pink Bourbon, said to be a natural mutation discovered in Huila, an exotic varietal that exhibits crisp and clean aromatic character, often with floral and tropical elements.

This lot is a washed Pink Bourbon, showcasing all of the clear varietal characteristics we have come to expect, with a bright citric acidity profile underpinning crisp florals and a deep tropical sweetness.

This month we are sharing our final releases of this Colombian season. We hope you will appreciate all three coffees, and look forward to next years harvests from Colombia.