This month, we are focussing on the work of our dear friends from the Long Miles Coffee Project, this time in Burundi. After visiting them at their new project in Kenya earlier this month, we feel a refreshed understanding of their work, and renewed drive to share their passion and dedication with all of you.

Long Miles was established in Burundi in 2013 by Ben and Kristy Carlson, and originally sought to increase the quality and stability of life for several thousand smallholder farmers in the Kayanza region of Burundi. Since then, they have expanded their work into Kenya, opening the Thunguri washing station in northern Kirinyaga, and now also into Uganda.

We hope to taste some of the first lots from their station in the Rwenzori mountains in Western Uganda over the next few months, and are excited to further expand our work with this truly inspiring group of people. For now though, the focus is on their original project in Burundi, and specifically the Gitwe hill, where we have purchased lots several times in the past.

Long Miles’ Heza station sits at 1960 masl, and due to this the harvest here normally starts around two weeks later than the lower altitude station at Bukeye. This high altitude also leads to impressive views over the Kibira rainforest to Rwanda, which have given Heza its name; Heza means ‘beautiful place’ in Kirundi.

As many long term subscribers will remember, producing and exporting coffee in Burundi is never easy, and the last few years have been particularly difficult. The 2021 season, after disappointing yields in both 2019 and 2020, was expected to bounce back for a bumper harvest. Unfortunately, the volume never came. This is starkly illustrated by that fact that the 2021, 2020 and 2019 harvests put together do not match up to the volume produced in 2018.

Add to this the global supply chain issues that many have struggled with this year, and a change of government rules surrounding the financing of coffee before export, and we paint a picture of a typically difficult Burundi harvest. Fortunately, due to Long Miles dedication in the face of adversity, the quality of the coffees we have been able to secure this year is excellent, as ever.

Each lot in this month’s subscription is composed of cherry from the Gitwe hill, from which we have purchased several times in the past. Gitwe consistently produces excellent quality coffee, due in part to rich soils and high altitude. In fact, it was this hill that was chosen for Long Miles’ model farm, where they produce their own coffee as an example for agronomic techniques for surrounding farmers. 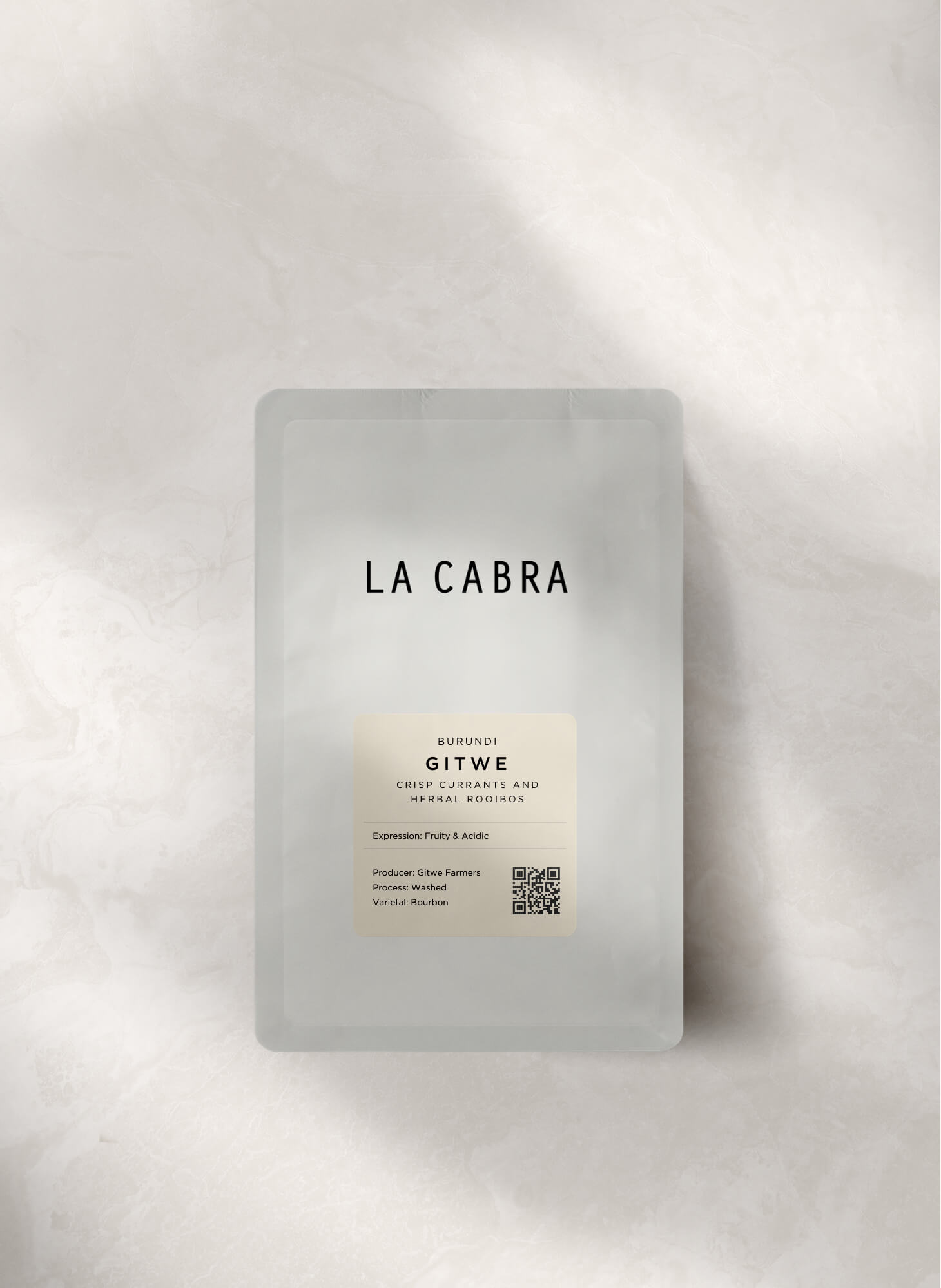 For washed coffees, Heza uses a similar double fermentation process to that employed in Kenya, where the cherries are first depulped and fermented without water for around 12 hours, before water is added and the coffee is soaked for a further 12 hours. After this, the coffee is ‘footed’ to wash away the sticky mucilage layer attached to the outside of the coffee seed. This involves the workers stomping on the coffee in the tanks for 15-20 minutes while singing traditional Burundian songs, before the coffee is moved to washing channels to be rinsed in clean water, and graded for density before travelling to the drying tables. Coffee is then dried slowly on raised beds, aiming to reach a moisture level of 10.5% in 20-30 days, depending on weather conditions. The traditional washed lot has the clearest expression of Burundian terroir, with fresh ripe red berries followed by a delicate rooibos finish. 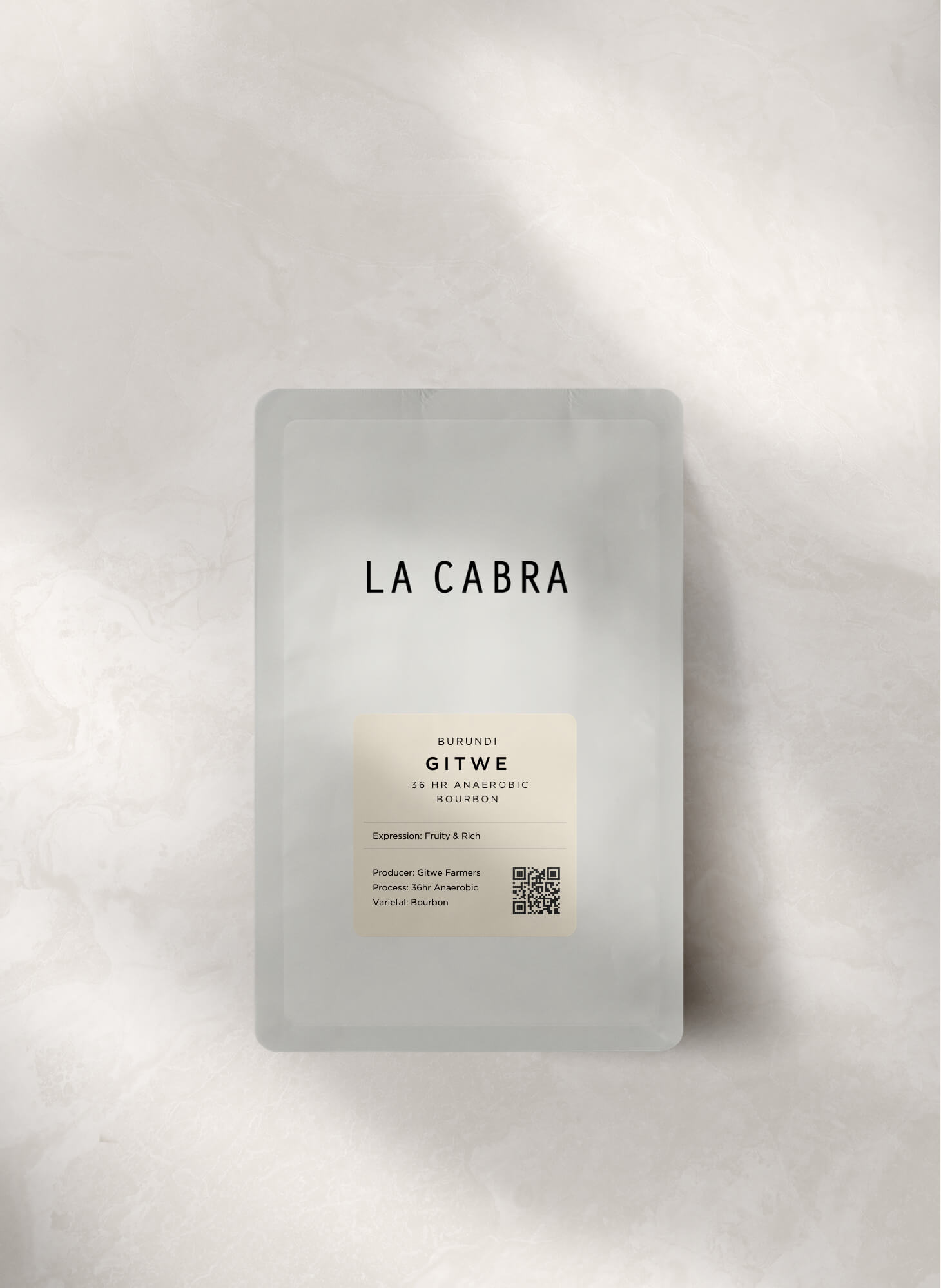 To create this lot, cherries from the Gitwe hill were de-pulped and the seeds placed into plastic Afri-tanks, the sticky sugary mucilage layer attached. These tanks are seen commonly in Burundi, often used to store potable water. The tanks are then sealed, in this case for 36 hours, creating an oxygen-free environment for the fermentation to take place. This encourages a very different culture to take over the fermentation compared to open-air fermentations, often favouring a dominantly bacterial fermentation, enhancing the level of lactic acid present and creating a more complex and rich expression in the cup. After this oxygen-free fermentation, the parchment coffee follows the same route as other washed coffee, ‘footed’ in washing channels to remove mucilage, graded for density and dried on raised beds. Here the effect of the sealed fermentation is clear, with a high degree of rich complexity, a deeper sweetness and a heavier mouthfeel than the traditional washed lot. 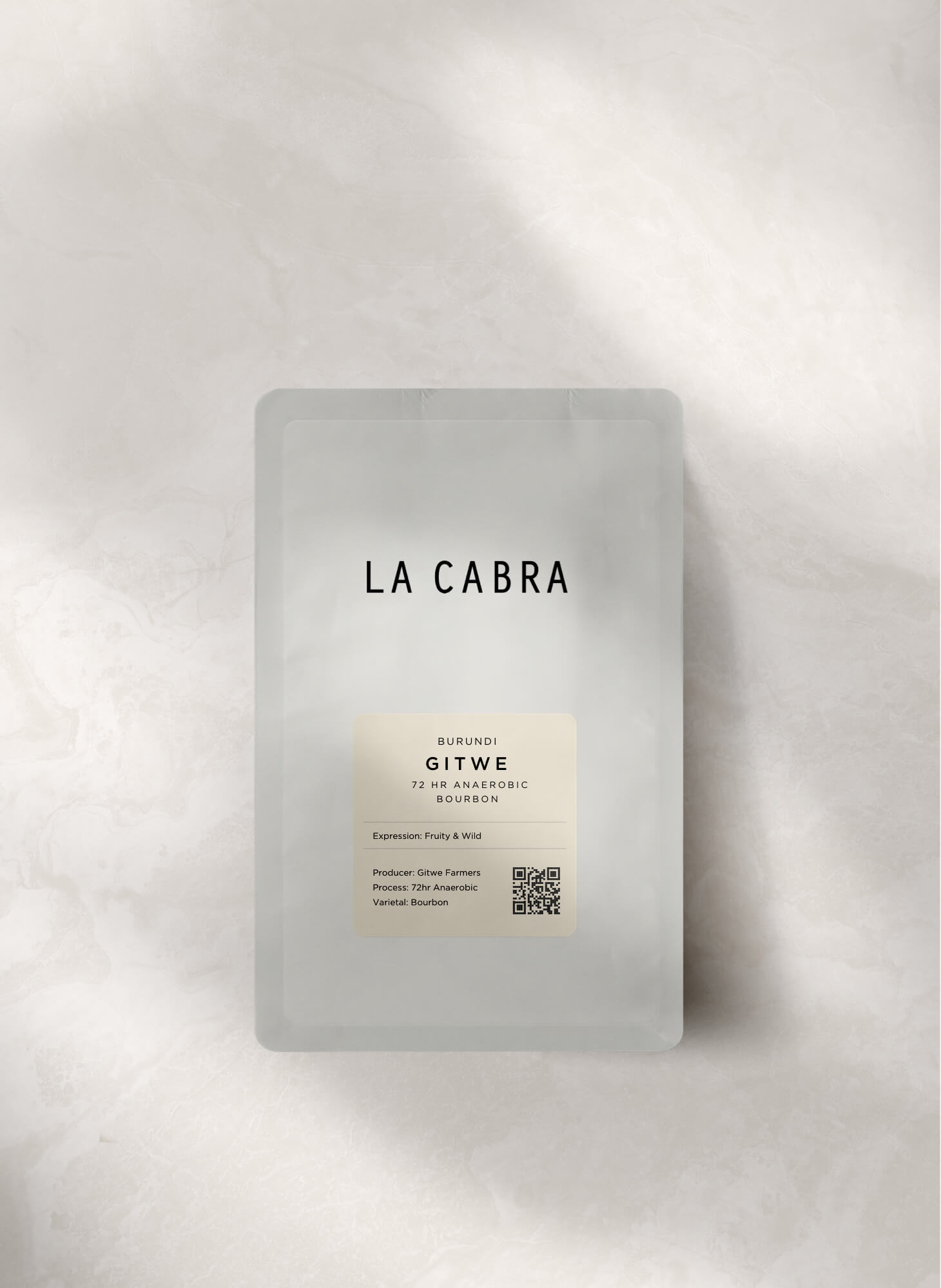 This lot was processed using the exact same method as the 36 hour variation, but with twice the length of sealed fermentation. As would be expected, the 72 hour fermentation turns up the process influence in the cup, softening the berry notes into a deep and rich jammy character, and creating a wild expression, with an almost apple cider-like acidity.

We are truly proud to be able to share Long Miles’ work with so many of you again this month. Their work in creating traceability and separation in high quality lots has led to many memorable coffee experiences over the years, and their experimentation leads to further variation in the expressions of Burundian terroir they can create.

We hope you enjoy tasting your way through these three very different versions of Gitwe over the coming weeks.

By signing up you are agreeing to our terms and conditions.